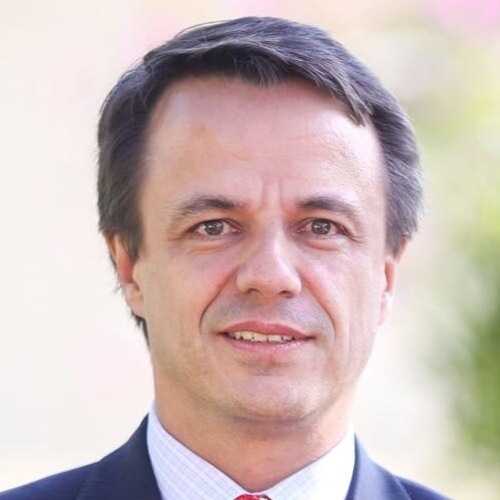 GlobalSource Partners’ Colombia Country Analyst Andres Escobar is a leading authority on Colombia’s economic cycle, infrastructure and development, and fiscal and taxation issues. During his career in public service and academia, he has worked alongside the country’s foremost economists and lawmakers, including three recent finance ministers, developing the theoretical and practical framework for the policy mix in the country today.

Based in Bogota, Mr. Escobar is also a partner of Econcept, a financial consulting firm. He recently finished a term as the country’s Deputy Finance Minister. There, he was crucial in the formulation and approval of one of the country’s deepest overhauls of the tax code, which included strengthening revenue while simplifying the tax regime for corporations and individuals. He also served as Undersecretary of the Department of National Planning, where he was responsible for the design, implementation and evaluation of public investment programs during the Uribe Administration. Prior to that, he was Technical Secretary of Consejo Nacional de Política Económica y Social (Conpes), in charge of coordinating and approving the documentation for the government’s economic and social development strategy. He has brought his vast sectoral knowledge to government and private sector commissions for the development and regulation of the gas and energy, telecommunications, transportation, and health and sanitation industries. He designed the framework for the current model of fiscal evaluation and forecasts for the Finance Ministry, and he recently served on the board of the country’s oil company, Ecopetrol.

In addition to writing regular columns for the newspaper El Espectador, Mr. Escobar has published works on Colombia’s savings patterns, income distribution, pension system and political and economic cycles. He holds a Ph.D. (ABD) and an M.A. from New York University and an undergraduate degree and master’s degree from Universidad de los Andes.