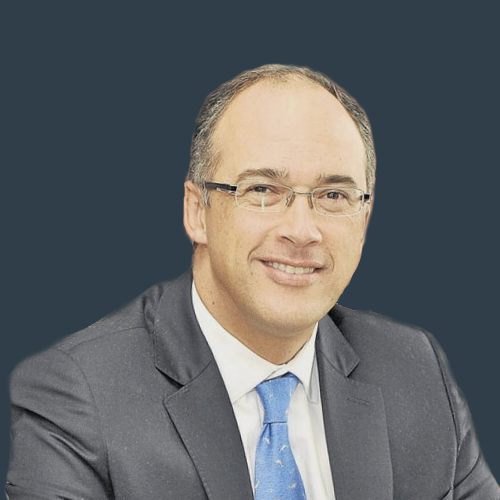 GlobalSource Partners’ Colombia Country Analyst Dr. Juan Carlos Echeverry is one of the country’s most distinguished economists and policy makers. During his career he has served in the highest positions in both the central bank and the government and has been key in formulating the pivotal legislation and policy initiatives that have shaped Colombia’s investment story.

Dr. Echeverry served a term as President and CEO of Ecopetrol, the state-owned oil company. During his tenure, he steered the company through a volatile period while achieving efficiencies in costs and production, developing growth in production and reserves (including in a partnership with Pemex), and developing a framework for the regulation of the country’s unconventional energy sources. Dr. Echeverry also served as Finance Minister under President Juan Manuel Santos from 2010-2012, when he crafted and brought to fruition crucial tax, fiscal responsibility and oil royalty reform legislation. In 2011, he was named Latin America Finance Minister of the year by Emerging Markets, the official publication from the meetings of the World Bank and the IMF.

Dr. Echeverry has made a substantial contribution to every major policy initiative in Colombia since the mid 1990s. As Colombia’s Minister of Economic Planning from 2000-2002, and prior to that, as Under Secretary to the Ministry of National Planning, he was responsible for coordinating public investment on behalf of the government and initiated the country’s fiscal restructuring plan, as well as advocating critical reforms in the National Congress. As Director of Macroeconomics and Inflation at Colombia’s Banco de la Republica, he developed the “Quarterly Inflation Report” for the Central Bank. He has been a central participant in negotiations with multilateral and commercial banks, and with labor unions and peasant-strike coalitions.

Dr. Echeverry holds a Ph.D. in Economics from New York University, a B.A. in Economics from Universidad de Los Andes, and a philosophy degree from the Universidad Complutense in Madrid. He is an expert on regulatory issues in the energy, telecommunications, and water supply and sanitation industries and has served on the boards of several major companies, including Mazda, Holcim and Interbolsa in Bogotá.